Gamification is hot. Gartner again added it to it’s Hype cycle and it is an often used buzz word in many different contexts.

But what is gamification exactly? And how to use it in order to engage your customers with your company? Let me try to explain by having a closer look into the anatomy of the concept and applying the concept to the energy industry.

Gamification is the use of game thinking and game mechanics in non-game contexts to engage users in participating. It has the idea that individuals are more likely to engage in an activity if there are clearly defined rewards for doing so. Just like an ordinary game, rewards can range from bragging rights to monetary incentive. In this blog, it means that by a (fun!) unconscious process energy consumers are stimulated to care more about their energy use, the worldwide energy resources and lower energy bills. And last but not least, get more engaged with your company.

It’s all about game mechanics, dynamics and aesthetics
To get a better understanding of the concept, it is crucial to know the different elements of the customer’s journey in a gamification process:

Let’s be more specific and dive into one of Energyworx’ use cases: the Social Energy App.

Social Energy
Imagine your customers are able to view a personal energy overview on an application looking like this:

Furthermore, users can start a game whereby the participants set their own game mechanics. So, your customers get the ability to create their own, fully customized game.

For example, the target has been set on 10 credits and player x will earn 1 credit if:

In case user x reaches the target, user y (and q or z) has to reward user x. If you leave it up to the participants, this reward would probably turn out to be a free drink or a home made dinner. Least performing players will receive extra messages to save on energy.

Steering mechanisms
As an utility, you can get involved and influence both the dynamics and aesthetics of the game by adding extra incentives such as offering customized discounts per..

Final result? You contributed to the creation of energy awareness among your customers. And you did so by using an instrument that appeals to their competitive feelings, one of the most effective triggers one can apply on a social being. 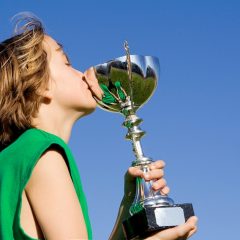