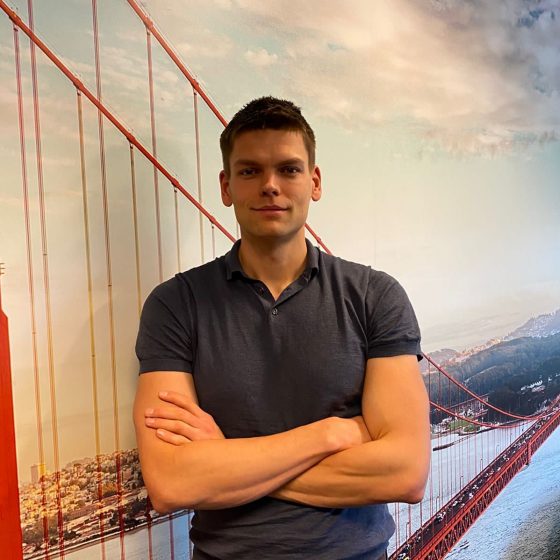 Mick has a background in econometrics from the Erasmus university in Rotterdam. After that he worked on various consultant engagements on subjects such as process mining, financial risk management and change management. Before starting at Energyworx as engineering manager he worked as IT-Development team lead at a large Dutch energy retailer where he managed several engineering teams.

In his current position as engineering manager Mick continuously aims to improve the Way of Working, personal development and technical innovations at Energyworx. Mick is best described by the Dutch saying ‘niet lullen maar poetsen’, which translates to pragmatic, bold and no-nonsense.

In his free time he enjoys running, spending time with his family and long walks with their labrador Bobbie.

Anyone else you want to check out?

Everything we do is designed to accelerate the world’s transition to clean energy. We do this through technology innovation.

We live in a changing Energy World, moving away from fossil fuels transitioning in a complex new Energy Mix from demand to supply and a change from centralized to distributed generation. People and communities care about energy efficiency and want to be engaged in reducing their environmental impact. This requires a rethink of the structure and suppleness of the Smart Grid and its systems. Data is fuelling the Industry and Energyworx is putting these disparate data streams and stores to use with high tech energy intelligence, based on time series analytics and machine learning concepts, to solve today’s information challenges. We deliver value in days, rather than months or years. We therefore only work with the most talented people who share our DNA. Do you have what it takes?

Have we unleashed your excitement? Check out our vacancies.